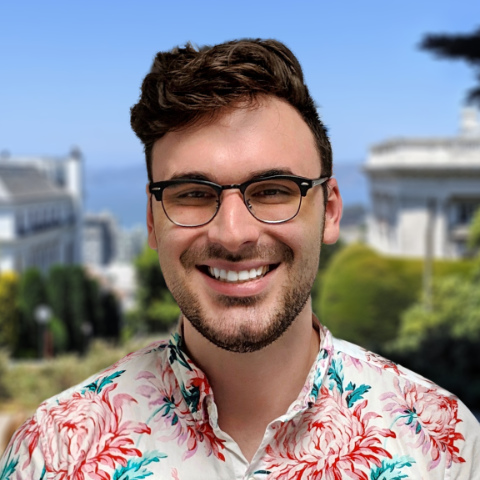 Before founding Chainlift in February 2020, Garrett grew up in Mobile, Alabama and studied English Literature and Literary Theory at Tulane University in New Orleans, earning his Bachelor's in 2018 and his Master's in 2019. Spending years in the library analyzing and interpreting written texts gave Garrett a uniquely sharp understanding of how the human mind interprets visual signs and symbols. After graduation, he took the knowledge he'd gained to San Francisco, where he planned to put his expertise to work in the tech field as a copywriter.

Unfortunately, though, he soon discovered he lacked the technical credentials necessary to compete in the applicant pool. Frantically, he spent as much time as possible immersing himself in coding tutorials and graphic design labs. But the effort couldn't outpace the ever-looming threat of his dwindling savings. Unable to find work, he left the city after only 6 months and relocated to Irvine, where he spent the last handful of cash on a room for the month and a tank of gas.

Garrett spent the next two years building sites for anyone who would pick up the phone, and eventually, he found a niche offering discounted custom builds to businesses affected by COVID-19. While he couldn't exactly code for Google, he had managed to teach himself enough to get restaurants put their menus online, to get gyms set up with online training, and to get artist portfolios put together in a flash.

Gradually, word-of-mouth helped Garrett earn his reputation among small businesses as "the one you call when you need to get an idea off the ground." He adopted the moniker "Chainlift," as an homage to both the idea of taking others to the top and his childhood love of Rollercoaster Tycoon. By the end of 2021, he had been hired by 26 different companies to design, build, and manage their online presence. At last, it was time to expand.

Garrett returned to the Bay in January 2022 with his partner Fraser, where he continues supporting his SoCal clientele while expanding Chainlift into exciting new territories and creating jobs for wide-eyed, bushy-tailed liberal arts grads like himself.